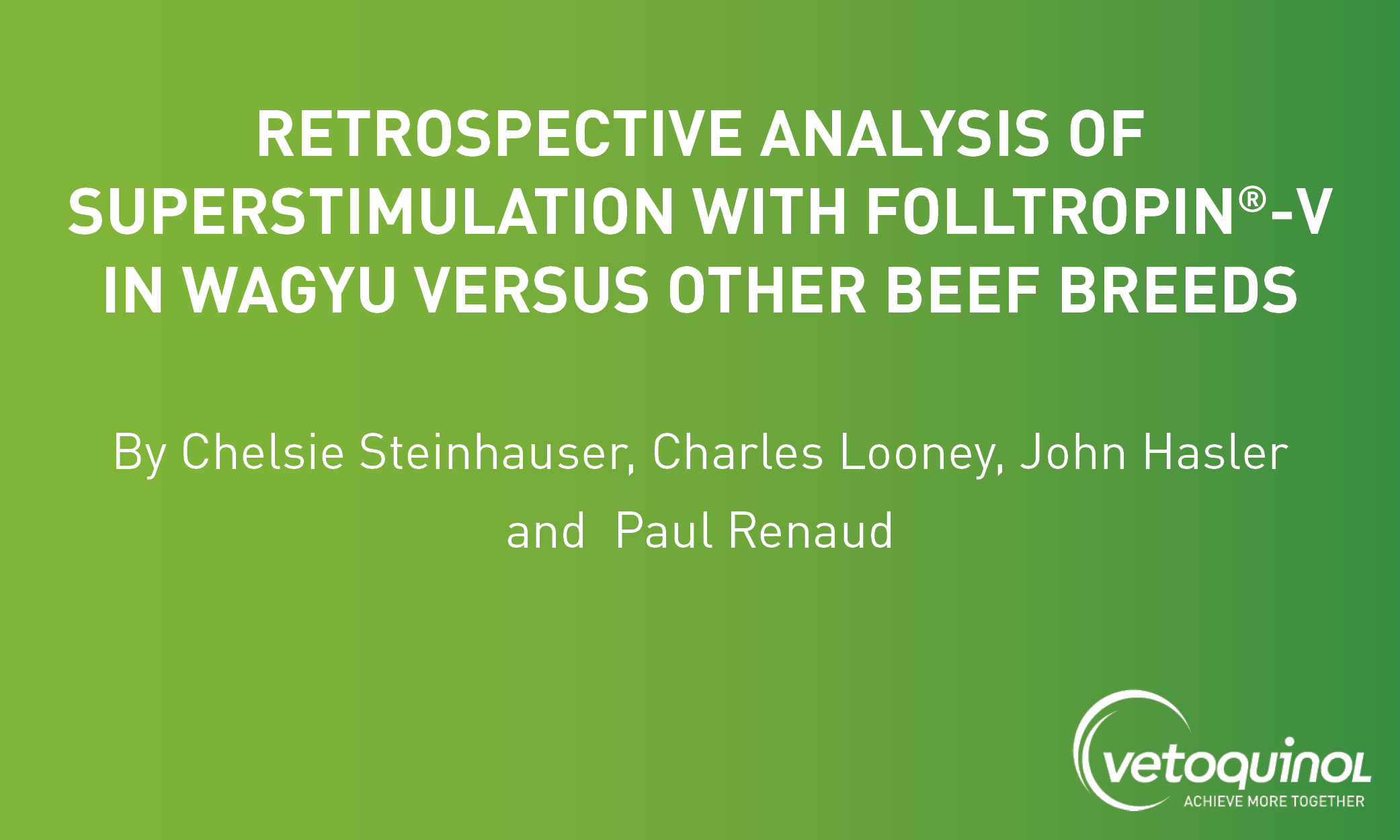 Retrospective analysis of superstimulation with Folltropin®-V versus other beef breeds

Originating from the Kobe region of Japan, the number of Wagyu cattle is growing in some countries where populations can be deemed as ranging  from “modest” to “important”. Nevertheless, in many countries Wagyu remain an exotic breed and questions persist in relation to the most efficacious superstimulation protocols to deploy.

The data in this study were collected between 2012 and 2018 at the OvaGenix® (Texas) facilities. It must be noted that these data were collected from 792 donors under the direct care of OvaGenix®, not under external on-farm management. Ultimately, the data compare results in Wagyu cows and heifers to a number of other Bos taurus and Bos indicus breeds. 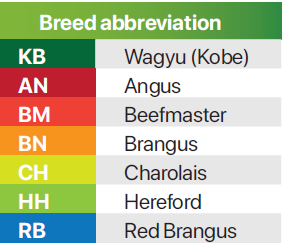 Superstimulation was the same in all animals, which received a proprietary 7-injection pFSH protocol. Although this protocol has a shorter pFSH treatment schedule as compared to label indications, “results” to be discussed in the following segment clearly display that the outcome is very much in line with other protocols that are deployed. Moreover, this protocol does reduce animal manipulation.

From the data displayed in the following grid, perhaps most important is the fact that results in the Wagyu/Kobe breed are very good and comparable
to most other breeds assessed in this retrospective analysis. It is well acknowledged that virtually every other beef and dairy breed responds well
to Folltropin®-V. The only real surprise is that the Angus fared more poorly than expected. The previous said, it is well documented that normally the Angus breed superovulates as well as any of the other traditional beef breeds. However, these data were collected from donors, which by chance were already assessed as problematic breeders, and they were sent to the OvaGenix® site to facilitate hands-on MOET procedures.

From the previous data the following 4 histograms show the means and the standard deviations, which are obviously very large. Large standard deviations in any superovulation experiment are expected unless by chance very small sample sizes just don’t reflect the population. The largest ova and embryo numbers for all the breeds clearly show the wide variance range that was observed. The standard errors in the table are more traditional for comparing the differences among the different breeds. 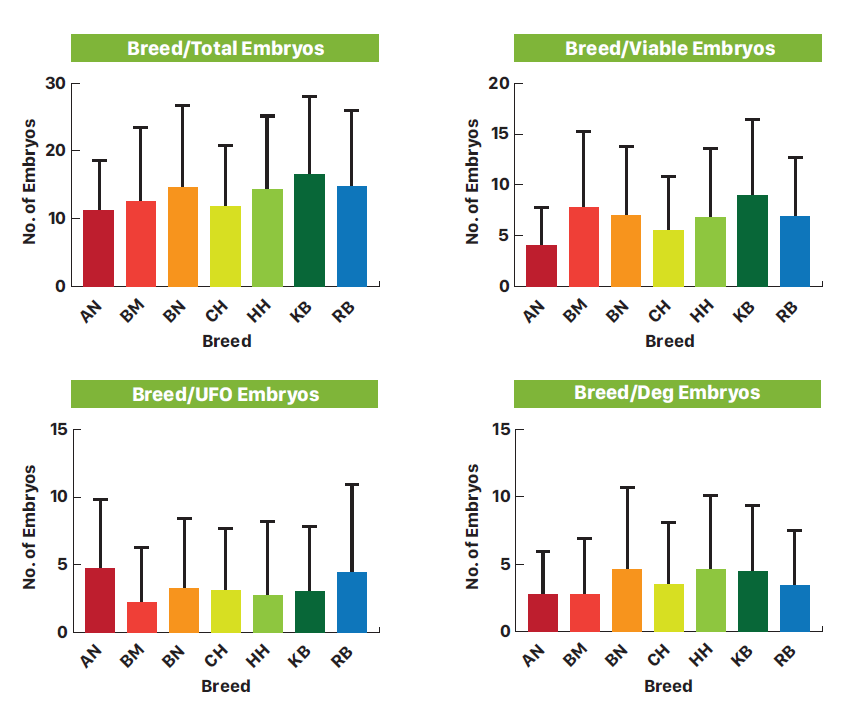 ▪    The statistics clearly show that for almost all the significant differences detected, only the Angus group was really lower.
▪    Within the “classical” MOET framework, mean viable embryo results indicate that Wagyu/Kobe cows and heifers are effectively superstimulated using a protocol deployed on other Bos taurus and Bos indicus beef breeds.
▪    Moreover, Folltropin®-V maintained its acknowledged consistency with mean viable embryo numbers similar to those audited and published yearly by various national and international embryo transfer associations/societies.